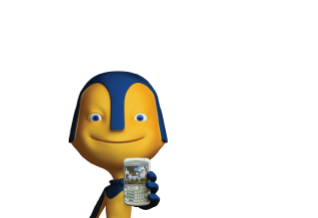 The performance is 'Open to All' and will be held during the Break time of the FRiENDi Mobile vs CCC match that starts at 7pm.

Feb 11th, 2012, Muscat: FRiENDi mobile, Oman's well established mobile service provider today announced that it is hosting noted Omani comedian Abbas Al Lawati for a special performance at the prestigious OCCI- Oman Chamber of Commerce-Companies Basketball Competition on 12th Feb, 2012.The performance is 'Open to All' and will be held during the Break time of the FRiENDi Mobile vs CCC match that starts at 7pm.

At the completion of 6 weeks, team FRiENDi mobile has garnered the enviable third position amidst fierce competition from other participating teams. The tournament that kick started in December 2011 is being held at the Sultan Qaboos Sports Complex.

"We would like to engage the audience during the break time, so that they have some fun as well and what better than a wonderful stand-up comedy act. We are very happy to have Abbas perform as over the years he has earned the reputation of being one of Oman’s most talented entertainers in the field. We also thank the organizer’s for their support in this endeavor." said,…FRiENDi mobile

Oman Chamber of Commerce-Companies Basketball Competition is a basketball tournament open to all businesses, companies, establishments who are willing to join. This year the tournament witnessed enthusiastic participation from different companies in the Sultanate of Oman like Oman Gas Company, ENCA, CCC, Enhance, NASMA

FRiENDi mobile plays host to a variety of fun-filled activities that helps to build employee engagement, motivation in different areas of culture, sports and entertainment. The team- building spirit carries forward the message of FRiENDi mobile’s strong culture that involves all the stakeholders.