Get exclusive offers and promotions on the new FRiENDi mobile App. 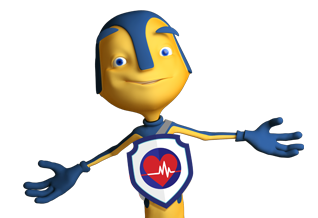 The Insurance Company hereby agrees, subject to the terms and conditions provided under this Policy to pay the following benefits:

No payment shall be made under this policy on the accidental death of the insured person if such Accident occurs as a result of:

Other exclusions to accidental death and Permanent Total Disability (Accident)

Active participation in a war or in warlike operations.

Cover is excluded if an insured person is an Active Participant and/or directly or indirectly involved in a war (whether declared or not) or warlike operations.

“Active Participant” in Warlike Operations means an active member of a military force e.g. army, navy, air force, territorial army or police or any other special forces activated by the government of a country or other public authorities to defend law and order in case of a warlike operation, or any other person who takes up arms in an active or defensive role.

The above exclusion shall not apply if an insured person is non-participant and is an innocent bystander.  However, above exclusion shall apply for  Insurance coverage including Passive War Cover in a) Iraq, Afghanistan, Libya, Palestine, Israel, Syria, Iran, Sudan, Yemen and any other country where war or warlike operation takes place; b) Where an insured person remains in a country for more than 28 days following an outbreak of war in that country; and c) Where an insured person is travelling to or visiting a country after war has been declared in that country or after it has been recognized as a war zone by any one of the competent International  Agencies namely be United Nations or the USA or the EU or  UK or any other competent International Agencies or if foreign offices advice against all travel in that country or where there are war likes operations.

This policy does not insure against loss or damage (including death or injury) and any associated cost or expense resulting directly or indirectly from the discharge, explosion or use of any device, weapon or material employing or involving nuclear fission, nuclear fusion or radioactive force, or chemical, biological, radiological or similar agents, whether in time of peace or war, and regardless of who commits the act, regardless of any other cause or event contributing concurrently or in any other sequence thereto.  This exclusion shall apply to non-participant & innocent bystander too.

This policy does not insure against loss or damage (including death or injury) and any associated cost or expense resulting directly or indirectly from an act or multiple or related acts of Terrorism as defined below regardless of any other cause or event contributing concurrently or in any other sequence thereto. The term “Terrorism” as used herein, shall mean an activity that satisfies both of items 1 and 2 below:

1. Involves a violent act or an act dangerous to human life, tangible or intangible property or infrastructure, causing damage to property or injury to persons, or a threat thereof;

2. Appears to be intended to:

This exclusion shall not apply if the insured person is a non-participant and is an innocent bystander to an act of terrorism.   However, above terrorism exclusion shall strictly apply to claims arising a) as a result of Nuclear Weapons or Devices, Chemical or Biological Agents and b) occurring in Travel restricted zones/Warzones as mentioned above.

The insurance coverage of an insured person under the Policy shall automatically terminate as of the date on which:

The Insurance Company shall administer, investigate, and if verified make payments of any and all claims arising under this Policy by a Claimant in a timely manner pursuant to professional industry standards, and in any case no later than fifteen (15) days of receiving a claim by a Claimant.

The Insurance Company shall ensure good faith and fair dealing in administering and investigation of any and all claims raised by Claimants under the Policy.